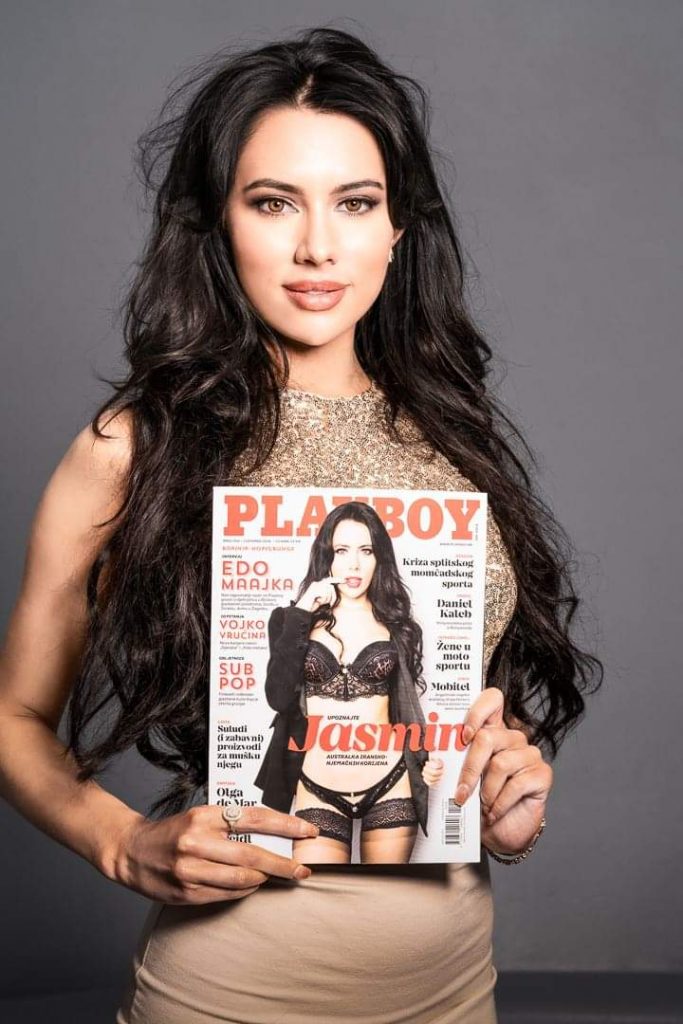 Jasmin Shojai is an Internationally published model, entrepreneur and aspiring actress based in Australia. She often travels throughout Sydney and many more locations for work.

Jasmin’s dream to become a “supermodel” all began when she was a young girl. She was inspired by many models and TV shows such as ‘The Victoria’s Secret Fashion Show’, and ‘Next Top Model’. Her journey in modeling all began in 2015. She has since taken the industry by storm, competing in the National finals of pageants in Australia, including Maxim’s Australian Swimwear Model of the Year. Whilst also appearing in Playboy and Maxim magazines internationally and also appearing on National TV, most recently Channel Ten’s The Sunday Project.

One of Jasmin’s biggest achievement so far has been winning the National title of ‘Australia’s Top Glamour Model of 2017, 2018’, which has since given her a lot of local and international exposure.

Modeling and acting have been her passion since the beginning. Jasmin is striving to achieve many more inspiring goals that she has set up for herself, within in the modeling, business, and screen acting industry.

When Jasmin is not working she loves going to the beach and keeping up with her fitness regime. She loves animals and also is a big believer in justice. She looks to do more charity work and hopes to make a difference in society. She is also an advocate for women who have been through domestic violence, after going through it herself at one stage in her life. Read her survival story in domestic violence here.

SUPPORT THE PODCAST AND GET GREAT CBD OIL!

If you’re looking for a high-quality CBD Oil click on the link and try out zilis. I’ve been using them for a few weeks and I’m sleeping better and have less joint pain.