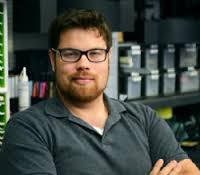 He also designed scenery for Michael Mann’s Film Public Enemies (Universal Studios). He was the Associate designer for the original tony award winning August: Osage County and recently Mother Fucker with a Hat, and Of Mice and Men on Broadway. Kevin Will be designing Bob Falls Iceman Cometh at the Brooklyn Academy of Music this winter and Recently designed Detroit at London’s National Theatre. He is also an adjunct professor of design at DePaul University. He studied at Ball State University and the Yale School of Drama.

Kevin Depinet has numerous upcoming productions lined up this year including La Boheme at Glimmerglass Opera Co. in June, Ragtime National tour in October, and many more.

To learn more, visit his personal website at www.kevindepinetstudio.com.

“This is mostly due to a truly breathtaking setting from Kevin Depinet — who treats the ever-willing Paramount like it’s Peter Gelb’s Metropolitan Opera” – Chris Jones, Chicago Tribune

“The production’s staggeringly grand and complex set, the work of Kevin Depinet and Jeffrey D. Kmiec (wonderfully lit by Jesse Klug), sets the tone. With a turntable sage, a sweeping staircase that at moments rotates into a massive city wall, and a giant “halo” suspended from the rafters that serves as a revolving catwalk, it suggests the nine circles of Hell as described by Dante.” – Hedy Weiss, Chicago Sun-Times

MythBusters Exhibition Behind the Scenes: Design and Graphics

Kevin Depinet talks about the creative process and how he managed many renowned shows at the Paramount Theatre in Chicago, including Marry Poppins, Cats, .

How Kevin Depinet would introduce himself in a party [00:00]

Kevin Depinet’s advice on how to pull a successful networking [00:55]

The story behind how Kevin Depinet became a set designer [01:57]

Interest in business aside from theatre training [04:50]

How Kevin Depinet established his personal and professional growth with great opportunities [08:00]

The story behind how Kevin Depinet meeting Todd Rosenthal [11:43]

Kevin Depinet’s thoughts on commercial based art and selling out [14:40]

Balancing out business and arts in a combination [17:07]

Dealing with stress from being an artist and an entrepreneur [18:18]

Take an advantage of being an entrepreneur [19:54]

One thing that everyone should do before they die [23:35]

The 7 Habits of Highly Effective People by Stephen R. Cobey

The Success Principles by Jack Canfield

The Energy Bus: 10 Rules to Fuel Your Life, Work, and Team with Positive Energy by Jon Gordon

What the Most Successful People Do Before Breakfast: A Short Guide to Making Over Your Mornings–and Life by Laura Vanderkam

Ming Cho Lee has designed nationally and internationally for 50 years, for opera, dance, Broadway, and regional theatre, and is the recipient of the National Medal of Arts, the highest national award given in the arts. Other awards include the Mayor’s Award for Arts and Culture; Tony Award for Lifetime Achievement, Outer Critic’s Circle and Drama Desk Awards; the TCG Theatre Practitioner Award; many others from the theatre and Chinese communities; and five honorary degrees.

HOW TO GET IN TOUCH WITH KEVIN: