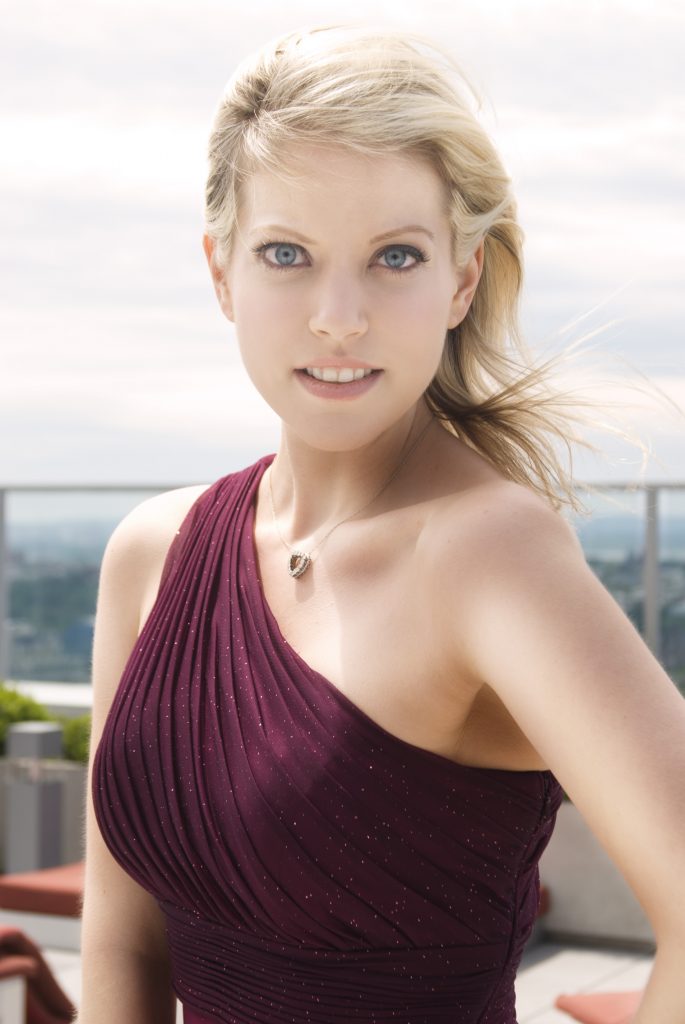 Pamela Stein Lynde is a busy person. She is a singer, composer, producer, and music educator. She began her career as a classically trained singer but as the years went on she realized that her abilities were applicable in other areas. We go into detail about the journey of her career and how she was able to create two non-profits that help musicians, composers, and singers.

Praised for her “rich dramatics” (The Boston Globe), Pamela Stein Lynde is a versatile soprano, composer, contemporary music performer, music educator, and producer, known for inspiration, introspection, and passion in all aspects of her work. Recent performances have included premiering Lesley Flanigan’s haunting sound sculpture VOICES for four singers and loop pedals at Roulette; premiering New York-based composer Eric Lemmon’s The Impossible Will Take a Little While with the Highline Chamber Ensemble at the DiMenna Center for Classical Music; and performing a concert of chamber music by contemporary female composers, including a premier by Philadelphia-based composer Jenny Beck, at the National Opera Center.

The 2015 launch of her company Stone Mason Projects has brought exciting performances of contemporary vocal chamber music to the National Opera Center, Arts on Site, Wilmer Jennings Gallery, and multiple other venues across the ti-state area, about which reviews have said, “The singing was stellar, on par with anything I’ve heard recently at higher profile venues such as Zankel Hall or National Sawdust. These concerts deserve a wider audience.” In the fall of 2016, Stone Mason Projects released its first music video, From the Mountain, a co-production with Contemporary Undercurrent of Song Project. Stone Mason’s upcoming endeavors include the commissioning and producing of a new chamber opera and the launch of the inaugural New Hope Sound(e)scape Festival in New Hope, PA in June of 2017. Stone Mason Projects has appeared on a panel discussing contemporary opera creation with will New York Opera Alliance during New York Opera Festival and will be presenting this May at the third annual New Music Gathering conference at Bowling Green State University in Ohio.

Pamela has appeared as a singer in prior seasons with Helix New Music Ensemble, The Nouveau Classical Project, American Opera Projects, Beth Morrison Projects, Rhymes With Opera, Saratoga Fine Arts Festival, Yamaha Concert Artist Series, Yale’s New Music, New Haven series, and many others. She has worked with award-winning composers including David Lang, Tristan Perich, Jacob Cooper, Trevor Weston, Daniel Felsenfeld, Lisa Bielawa, Jenny Beck, and many others. She appears as a vocalist on minimalist composer Alexander Turnquist’s album Flying Fantasy, released on the Western Vinyl label. She was a featured guest composer at Phoenix’s OME New Music Marathon concert in 2015 and has had her compositions premiered by Patchwork American Song Project in both New York and Chicago, Guided Imagery Opera, Princeton-based group CUSP, and many other ensembles across the country.

Pamela has taught voice, composition, music theory, vocal pedagogy, music history, performance practice and chamber music at the College of Saint Elizabeth, Rutgers University’s Mason Gross School of the Arts, and City College of New York. Pamela teaches masterclasses and workshops and gives lectures on creating new music for voice at colleges, universities, and conservatories around the country. She was invited to speak about teaching new music in higher education at the inaugural New Music Gathering conference at the San Francisco Conservatory of Music. Her organization Your Music Bus, co-founded with superstar composers Lisa Bielawa and Aaron Jay Kernis, has been serving the needs of the university and conservatory composition students and departments across the country since 2014.