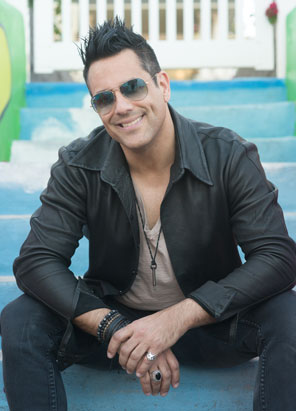 Rich Redmond is a top call recording drummer/percussionist based in Nashville and Los Angeles. Rich’s versatile, dynamic, and rock solid drumming is the sound behind many of today’s top talents.

Rich has played drums and percussion on 20 #1 singles with sales well over the 20 million mark. As a high-energy live showman, Rich plays sold out shows nightly in amphitheaters, arenas, and stadiums across the world, reaching over 2 million fans per year.

Rich has appeared on the trail of television shows such as The Voice, American Idol, The Grammy Awards, The Tonight Show (with Leno, O’Brien, and Fallon), The Today Show,

Always looking to help others and make a difference, Rich brings his “CRASH Course For Success” motivational drumming event to drum shops, music stores, high schools, colleges and corporate events across the world. Some of Rich’s clients include Cisco, Johnson and Johnson, Hewlett Packard, Presidio, Hard Rock Café and many others. Rich has presented at The Percussive Arts Society Convention in 2011 and 2013. Rich is an adjunct faculty member at Musician’s Institute in Hollywood and The Drummer’s Collective in New York City.

Rich began playing drums at age 8 and eventually played in the prestigious [1:00] Lab Band at The University of North Texas. Receiving his Master’s Degree in Music Education, Rich now combines his classical training and ‘street smarts’ musicianship to bring his passion filled drumming to the world.

Rich is also a columnist for Modern Drummer, Drum!, Rhythm, In Tune and Canadian Musician magazines.

Rich has a signature stick from Promark called “The Rich Redmond Active Grip 595”, a bass drum beater he designed with

DW Drums called “The Black Sheep” and signature collectible drum cases from Humes and Berg. A 5 hour digital educational package will be available soon at www.drumminginthemodernworld.com.

Awaken the Giant Within : How to Take Immediate Control of Your Mental, Emotional, Physical and Financial Destiny! by Tony Robbins

Secrets of Closing the Sale by Zig Ziglar